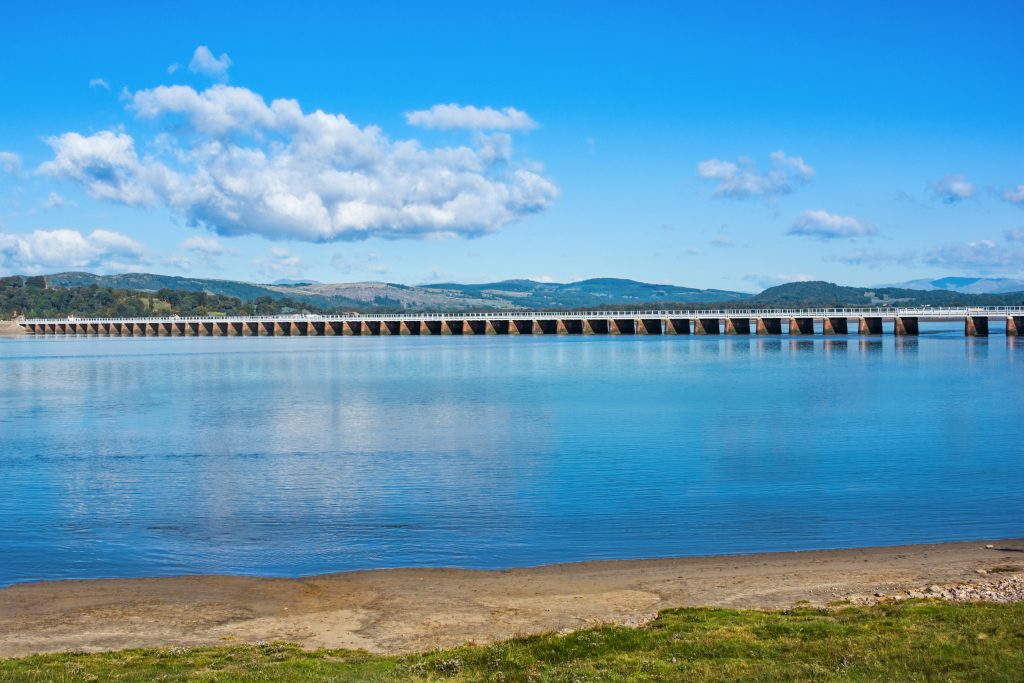 The Kent Viaduct, Arnside, Cumbria, UK.
The Kent Viaduct is 505m long, has 50 piers, and carries the Carnforth to Barrow in Furness railway line over the Kent Estuary. It was first built in 1857 along the line of an old ford by James Brunless. The fifty sandstone pillars were erected when it was enlarged during WW1 to carry heavy freight trains to and from the Barrow-in-Furness dockyards.