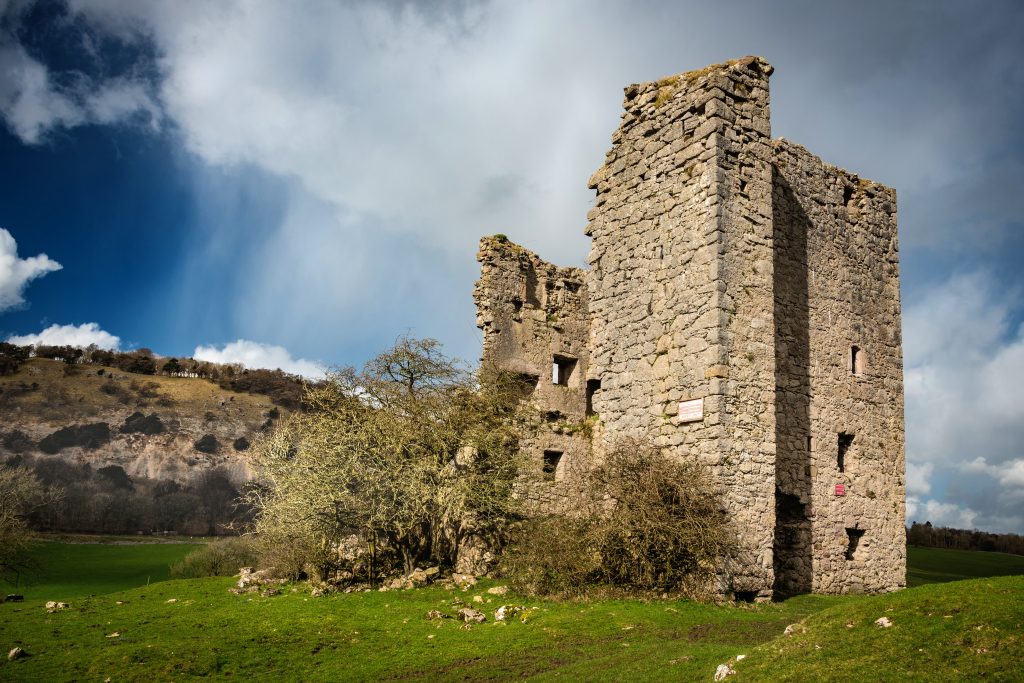 Arnside Tower, Arnside, Cumbria, UK.
Arnside Tower was a pele tower, originally five stories high. It is believed to have been built about 1375 during the reign of Edward III as a protection from invasion by the Scots. It was destroyed by fire in 1602 and then rebuilt. A storm in 1884 blew down one of the walls and it is now in a dangerous state of disrepair.
Arnside Knott can be seen to the left of the tower.