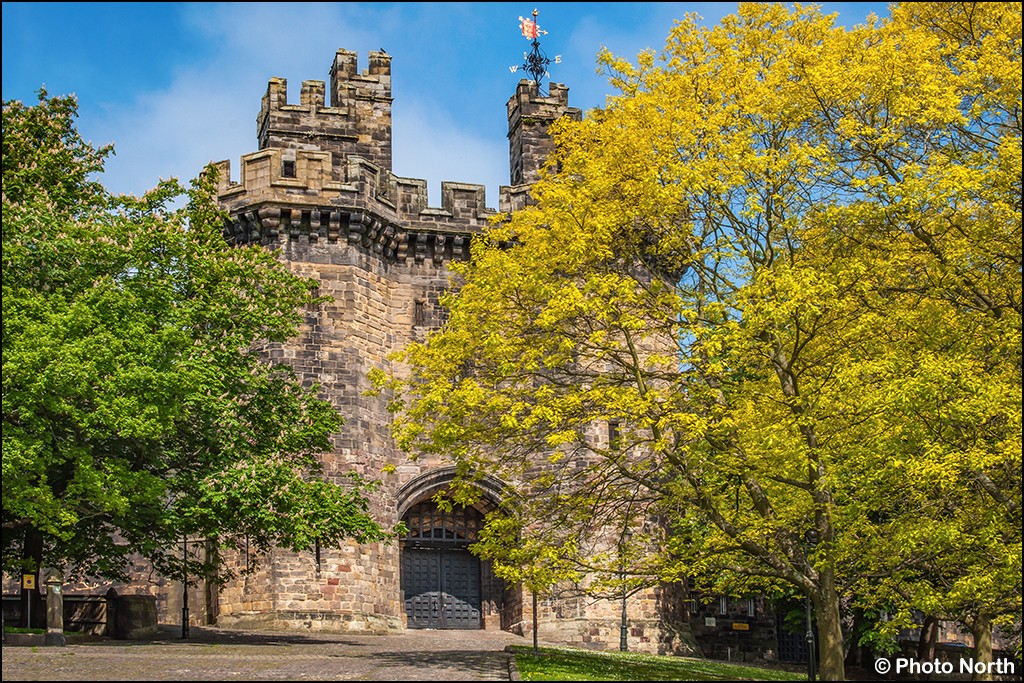 The Gatehouse, Lancaster Castle: The Romans built the first of at least 3 military forts on the site in 79AD. In 1093, Roger de Poitou, built a small motte and bailey castle here which was replaced fifty years later by the large stone keep still standing today. The castle was used as a prison from 1196 until March 2011. The famous Pendle Witches were imprisoned and tried here in 1612. They were not allowed any defence counsel or witnesses. Ten were hung on Gallows Hill near the site of Williamson Park. The Crown Court is the oldest working court-room in Britain and has seen more death sentences passed than any other in the UK.